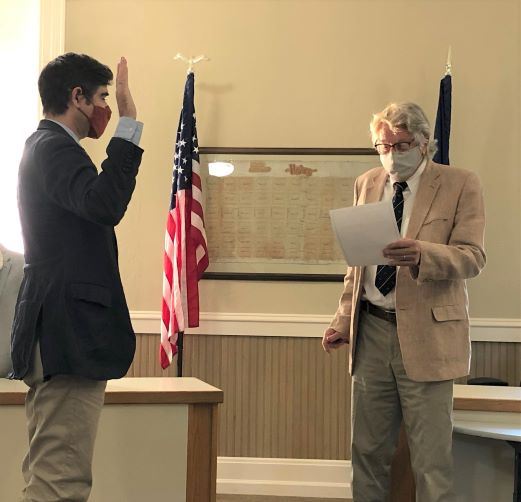 Stephen McDougall Graham started working for Blaine County in October 2020 as its Grants and Procurement Specialist and, in less than a year, was appointed to the clerkship by a unanimous vote of the Board of County Commissioners. To date, he has secured millions of dollars for Blaine County from state and federal sources, which the County has used to support local community service organizations, and to fund important new initiatives, such as bringing broadband internet to the Picabo and Carey south valley communities. Stephen is the County’s in-house expert on the American Rescue Plan Act of 2021’s (ARPA) Coronavirus State and Local Fiscal Recovery Fund (SLFRF), and he is focused on ensuring that this important resource is deployed in Blaine County to mitigate the negative health and economic impacts of the COVID-19 pandemic, and to address the County’s affordable and workforce housing crisis. As a renter who’s had to move three times in 15 months, Stephen knows first-hand how stressful and difficult it can be to face housing insecurity in Blaine County.

Prior to joining Blaine County, Stephen enjoyed an accomplished career as a nonprofit administration professional, with experience in grant writing and proposal budget development at the city, state, federal, and international levels, working for NGOs focused on women’s health and humanitarian relief as well as major arts and cultural institutions. For over a decade, Stephen’s career has been focused on bringing in millions of dollars in grant funding to communities, nonprofits and service organizations, and the people that they serve. He is thrilled to bring this expertise to Blaine County to deliver support and relief to his new community.

Stephen earned a Master of Public Policy degree at Georgetown University in 2010, specializing in nonprofit leadership and technology policy, while working as a graduate assistant for a course in strategic philanthropy. After relocating to New York City, he began a meaningful and successful career at a large INGO, where he was promoted four times in a span of less than seven years, ending his tenure as the organization’s global Lead Cost Specialist for Business Development, responsible for leading cost applications for multi-year, multi-million dollar, public health intervention projects in several of the world’s poorest counties. In this capacity, McDougall Graham traveled to Burkina Faso, Côte D’Ivoire, Togo, Malawi, Ethiopia, Kenya, and the Philippines, establishing new program offices, delivering trainings on USG donor rules and regulations in francophone countries, and developing strategic partnerships with local as well as other international NGOs.

A classically-trained violinist since age 7, McDougall Graham has always maintained an active musical life alongside his career in public service. He serves as the President of the board of the prestigious Chelsea Symphony in New York City and is proud to now be resident Concertmaster for the Wood River Valley Orchestra, sharing his lifelong passion with his adoptive community.

Like many Wood River Valley residents, Stephen came for a ‘weekend and stayed for a lifetime.’ In 2019, Stephen and his trailblazing filmmaker wife, Naomi, received the extraordinary gift of spending two months living in Ernest Hemingway’s historic final home in Ketchum, as the first long-term artists-in-residence for The Community Library.

It was during this time that he and Naomi made the decision to make Blaine County their permanent home. On top of the 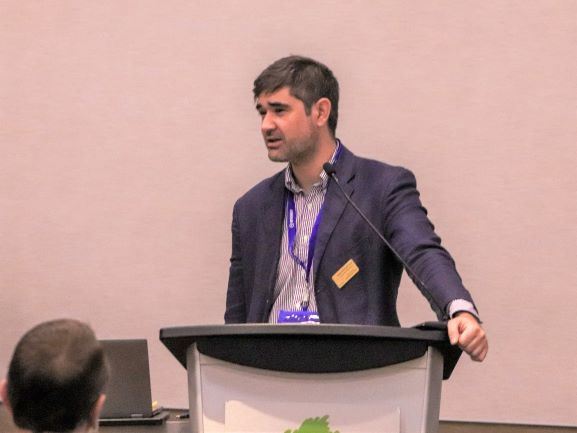 unparalleled natural beauty, they were moved by the extraordinary people that live in this extraordinary place, with whom they felt a deep connection while doing community service work during the residency - including performing at the Senior Connection and Community Library, and teaching classes at Wood River high school and Community Campus.

Although Stephen and Naomi have both lived and traveled all over the world, the Wood River Valley is the place that they together have found a true home. Through public office, community service, being involved in as many aspects of this community and the wilderness around us as possible, and, eventually, raising his family here, Stephen feels deeply privileged to serve and be a citizen of Blaine County.